Link must come to the aid of the Light Spirit of Ordona Province and learns that there may yet be a way to lift the curse of the Twilight that has made him a wolf. 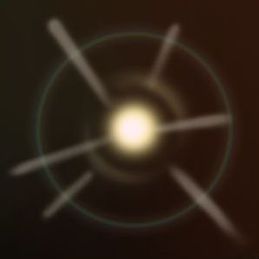 _When Link had finally escaped Ordon, he stopped for a moment near the spirit spring to treat his wound.  He tossed the shield from his head and spat out the scabbard to fall onto the wood.  Midna leapt up from under him to peek at the items as she impatiently waited.  "Looks like you can actually be useful when you concentrate," she said, but she knew he ignored her.

Link discovered that his leg had not been torn deeply, and the blood that had seeped out upon initial injury and while he had fled had already crusted over and stiffened his fur.  Some instinct came over him and he realized moments later his tongue had begun licking the spot.  The sensation felt so odd and the taste so alarmingly and peculiarly pleasant that he immediately tore himself away.

Animal instincts.... Would they ever just go away?

He flexed the leg a few times, finding that it did not really pain him anymore.  He applied his full pressure to it, lifting up his left haunch to see if it could bear that weight as well.  Satisfied, he looked to Midna, but snapped at her when he saw not her face but the wooden shield instead.  He rolled his eyes.

Midna had garbed herself in the same fashion Link had when carrying the shield away.  It hung loose over her visage.  In her hand, she held the now unsheathed sword, and, satisfied that she had put on the shield correctly--as per Link's example--she took a swing, blindly.

From beyond her veil, she complained, "Do you really think this thing can slay creatures of twilight?"  She jabbed the sword down into the ground. "This shield seems a little pointless to me," her muffled voice spoke.  "I can't see a thing!"

Midna removed the shield from her face, but did not realize the amused expression across Link's alien features.  "Well, I won't use these, but I'll hold on to them for you."  At once, she snapped up the sword and tossed its strap over her shoulder, buckling the clasp against her collar bone.  After she set the shield overtop the sword, she looked to Link again, "All right, a promise is a promise."

The little imp jumped onto his back then and leaned over to his ear.  Her voice tuned into a hollow, dark melody as she spoke.  "However, in exchange for my help … I need you to gather some things for me."

Link to back at her, expectant.

"Look, I can't tell you all the details now, but it'll be easy. Trust me," she defended in the same low tone.

Yet a strange sound then bubbled in their ears, and the pair listened closely.  It sounded like a voice far off in the distance … singing.... The melody played menacingly in Link's mind, sure that its artist was in a deep state of melancholy.  It was his partner who took action first.

"Do you hear that noise?" she giggled. "It's the lamentation of the spirit that had its light stolen." She put a finger to her lip, faking that she was hard at thinking. "Now, where in the world could it be?"

Link, transfixed by the harmonious tune, stood completely still, staring ahead without focusing.

Midna couched back atop him. "Better get going, don't you think?" she asked, looking at the tips of her fingers, inspecting them for any misshaped ends. "Don't blame me for your world's fate if you don't hurry up and find that light!"  She ended with a giggle and her own little hum, mocking the sound she heard emanating nearby.

Link shuddered at a high note, and awoke instantly from his state at Midna's prodding.  "Snap to!" she spat.

He growled at her, wanted to bite the little finger that poked him, but he shook away from the thought and stepped along.  He had a good idea where he would find the source.

Just around the corner, Link stopped at the entrance to the spirit spring.  The water had grown foggy, an unearthly smell emanating from its once crisp waters.  A clouded violet haze reflected in its mass.  Link blinked away the harshness of the spring's disturbingly new state.

Its calm tone greatly contradicted the appearance of its source.  A dim light peeked out from beyond the heavy shadow that covered the water like a thick blanket.  Its voice, still ringing in a lyrical tone, instilled a tide of trust within Link.  He was compelled to obey, but approached with caution.

"Beware …" the voice spoke, and Link immediately looked about.  "The shadow being approaches...."

Aside from the spirit's lamentation, silence toyed at Link's ears.  His lupine eyes could detect nothing, a creeping feeling itching its way into his bones.  Through the intensity of the stillness, the haze seemed to grow darker, but in the next moment....

From out of the darkness, a wicked form crashed down upon Link, Midna toppling off.  When she picked herself back up, she came to the site of Link thrashing upon a dark creature, one of the same species that had first pulled him into the twilight beyond the bridge.  She gasped as she watched the two beasts claw and tear and pounce on one another.  It was the first time she felt something about Link.  She started to reach out, taking a step forward, but in a split moment, she retreated back to her former position, laughing off the odd feeling uncomfortably.

Link, however, never noticed her indecision, sustaining blows and casting them. In the end, he ripped his teeth across the chest of the brutal shadow beast, and it tumbled back.  A weak hiss played out from its invisible mouth as it held its breast.  In a matter of seconds, the creature faded into fragments and dispersed with a crackling pop.

Link panted breath back into his lungs, huffing as he looked toward Midna.  By this time, she had been successful in completely erasing any lingering existence of the odd feeling that had just moments ago passed through her.

They stepped up to the source of the voice together.  When they came to a stop, expecting the voice to resume its speech, they noticed that the faint song had ended.  They looked to one another in puzzlement.

At first nothing happened; then the rocky appendages about the spring began to dance with an eerie green light, which grew brighter and brighter still--patterns materializing upon the formations--until all around them whirls of piercing light burst forth from the ground and the water.  The luminescence rose from beneath their feet, and the center of the spring bubbled upward. When it burst at its height, the water broke out into a pulsing wave in all directions, and carrying upon its crest the renewing shine of the purest light.

Link and Midna watched in awe.  Another bubble, tinier than the first, leapt out of the water at the mouth of the six-inch collection of waterfalls, and when it landed back into its home, no ripple was cast from its point of return.  In its place thin shafts of light punctured the surface, casting the shimmer out into the brightened sky.  From these beams, a ball of the most beautiful light rose.  Its majestic orange and yellow glow made moisture well up in Link and Midna's eyes as they fought to watch, but they were forced to look away and blink back the false tears.

Once they returned to the sight, the orb of dancing light had risen far above their heads. It grew brighter and larger until Link thought it would reach down with one of its dancing, orbiting rays and engulf him.  However, the sight that befell him astonished him beyond any comparison.  Green lights also began to stretch its image, until it rounded out into a glowing sphere of white and golden and green hues.  From this orb stretched two bursts of light that formed a body beneath it.  Horns stretched around its energy in a circle and from this crest, the light continued to assume the form of a stag-like animal.  Its mouth wide, body muscled, and tail oddly formed like a fin, it stared at the companions with its hollow, white eyes.

"O, brave youth." Its spiritual voice was magical and masculine. Link could not peel himself away from the creature that he could only compare to the goats of Ordon village.

"I am one of the four light spirits that protect Hyrule at the behest of the gods.  I am Ordona."

Link found himself sitting comfortably on his hind legs, as Midna stood alongside him.

"The black beast you slew was a shadow being.  It had come to seize the power of light I wield."  With a sad lyrical hum, Link understood that its next would be grave news and listened close.  "My brethren in Hyrule have already had their light stolen by these fell beasts."  Just as Ordona spoke this aloud, Link could hear a screech within his mind, an earth shattering, ear-piercing shrillness which could not be consoled.

"The entire kingdom," the Spirit continued as the shriek died down within Link's mind, "has been reduced to a netherworld ruled by the cursed powers of darkness, and the blight will not stop with Hyrule. Before long, the entire world of light will fall into the hands of the king who rules the twilight.

"To save this land from the king of twilight, the lost light must be recovered," it declared gravely.  "The three light spirits who have lost their light must be revived once more."  Ordona's gaze bore into Link's eyes.  "There is but one who can revive them and redeem this land.

Link perked up in confusion at this.  He was to be the one to save all of Hyrule from this … this twilight darkness?  But why?  What made it his duty?  What earned him that responsibility?

"You still have not discovered your true power," Ordona hummed.  "Those transformed by twilight usually cannot recover their original forms...."

Link slouched. So … he would remain like this … forever.

With that, the light spirit of Ordona burst apart in a spectacle of bright lights of white, green, gold, and blue until its animal form disappeared, and the orb atop its head dissipated into the air around them.  After the light suffocated itself, it grew quiet and the water crystal blue once more.

Finally, hope coursed throughout the entirety of Link's being.  At last, there was a way to become human again, to feel his clean-shaven face, to flex his fingers and toes, and to feel his human heart restoring his body with every pulse.  Oh, to feel the weight of his own body again!  To lull under the bright sun as a fleshy human, not a hairy beast....

The sheer hope that now engulfed him restored everything, every dream.  Every prayer of finding Ilia....

REVIEWS FOR THIS CHAPTER:

~OneKnownAsImp Aug 12, 2007 I liked this chapter. You provided a perfect explanation for Midna's misuse of the sword and shield, the fight that made Midna uneasy was pretty cool and the bit where's he 's licking his wounds. A lot of the parts in this chapter kinda remind me of Call of the Wild now that I think about it. ^_^